Caramel. Just about my favourite thing in the world. I’d even say that if it came down to a fight, chocolate would get battered by the butter/sugar/cream combo. For some reason I thought that these Caramel Apples from the first Matt Lewis and Rene Poliafito book would be glass-shatter crack style toffee – um, like those neon commercial ones.  Instead they were fudgy-sticky. 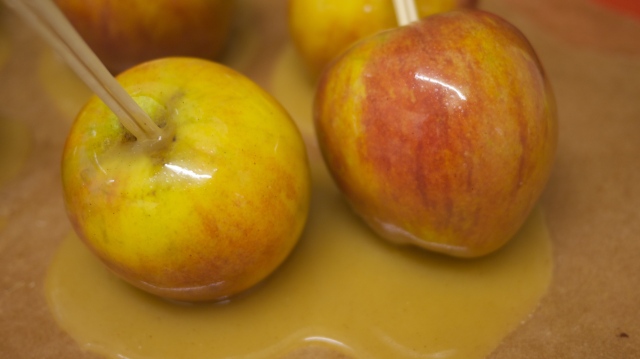 They were still good.  The caramel coats the fruit like a thin veneer and you get a mixture of buttery sweetness and the sharp apple taste in each mouthful. I used Cox apples but they could have been more crisp, by the time I got around to making them, a couple of days later than planned. It was also a bit late to add lollipop sticks to the long order of baking supplies that I put in last week so I found kebab skewers in the local pound shop (they’ve got to be food safe, right?) and used three in each apple which worked a treat. 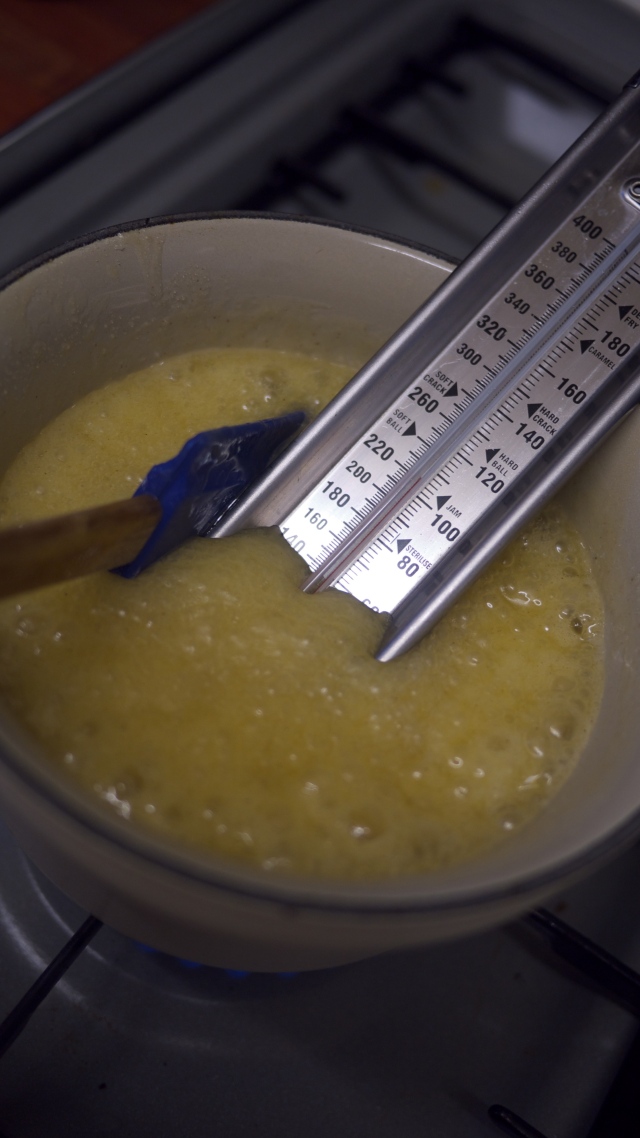 I used a mixture of vanilla essence (not seeds infused into cream as they suggest) and a little maple in the caramel which gave a heady smell, and added cinnamon sugar.  Lots of flavours but they all blended beautifully. As you can see, there was plenty left over afterwards to scoop off the parchment too. 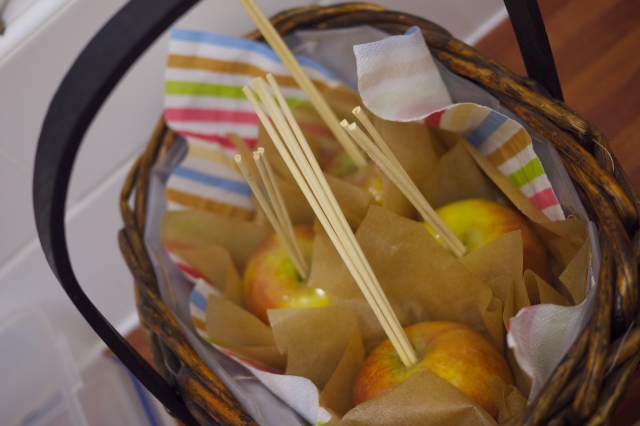